Located at the centre of a long, rectangular site, the existing 1930’s bungalow contained three compact bedrooms and separate Kitchen, Dining and Living areas. This called for a considered design response that would create more useable spaces inside and enhance connection to the outdoors, while maintaining privacy.

A large front yard setback provided opportunity to extend the building footprint forward to create a new wing which contains a Laundry and Master Bedroom with Ensuite.
Two of the three existing Bedrooms were retained, and the existing Bathroom was extended to allow for a new layout. The new front Bedroom addition generated free space within the existing footprint, which was repurposed into an open plan Kitchen, Living and Dining area. The open-plan connection between living areas continues to the rear yard via a new outdoor area with louvred roof, creating a sense of seclusion and shading, while being connected to the outdoors. Landscape design of the front and rear yards was an inherent part of the design process, achieving a sense of continuity from the interior, through the louvred outdoor space, to the gardens. 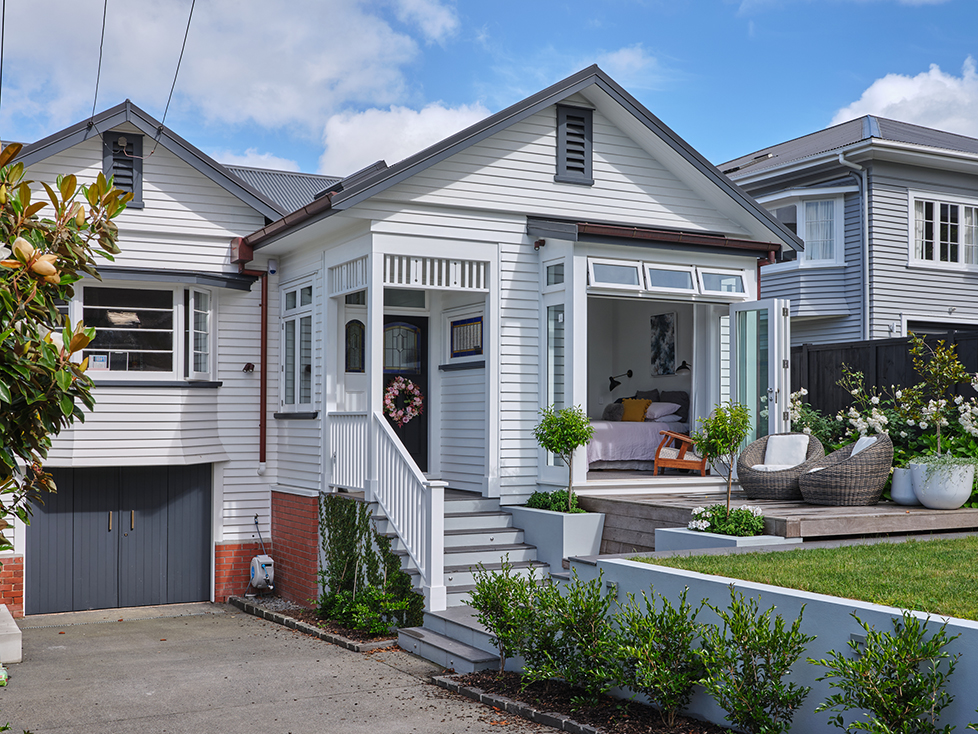