Having undergone a series of rear alterations, the interior planning of the 1920’s bungalow lacked cohesion and there was minimal connection to the exterior. Facing west over a garden, the brief was to re-organise the main living areas, and re-engage the original house with its context.

The removal of the existing alteration allowed for a new rear addition, which creates continuity between the Kitchen, Dining and Living areas. It was important for this area to achieve a sense of connection with the Garden, resulting in a roof which extends beyond the exterior wall, culminating over the deck with an exposed timber truss. An oversized exterior skylight allows natural light to wash the space.

Subtle re-organisation of the original bungalow allowed for new a Bathroom, Laundry and Ensuite. A new driveway and parking area was formed at the front of the property, as well as reinstatement of the original Front Porch.

While working to retain the character of the original Bungalow, the notion was to create more liveable spaces which engage with their context, maximising the unique qualities of the site. 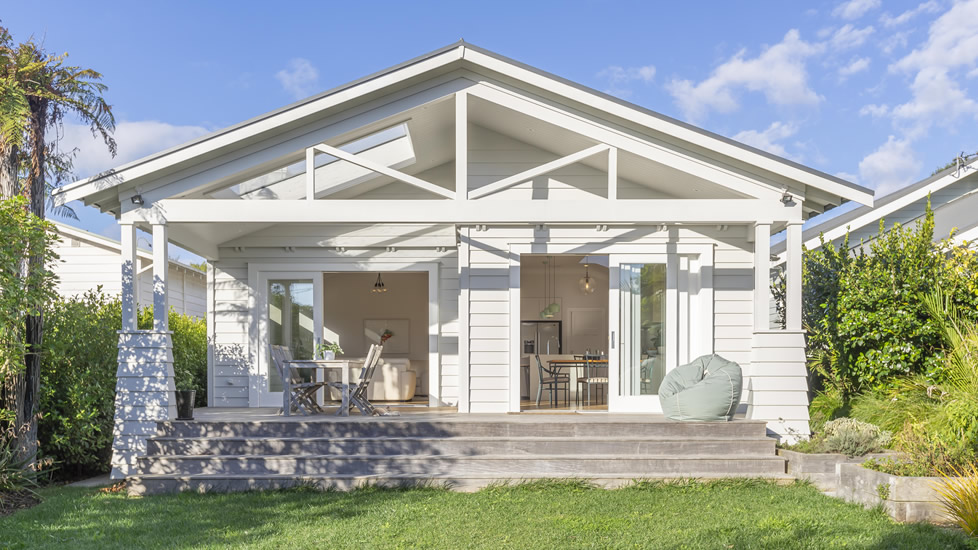